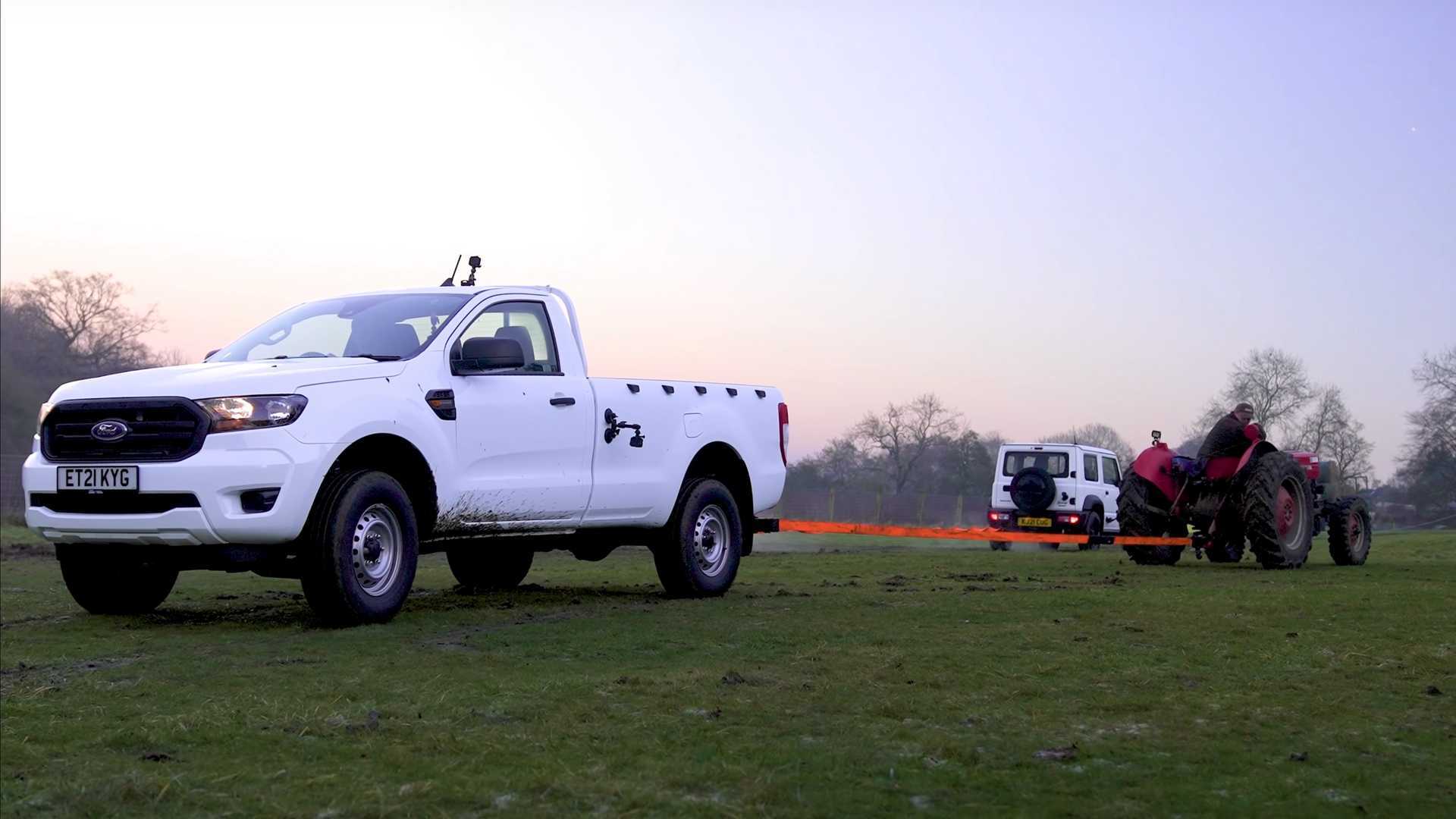 A tug-of-war between different cars doesn’t really reveal anything profound about their capabilities. However, that doesn’t make them any less fun to watch, as a new Carwow video shows. The channel gathered quite the combination of competitors – a Suzuki Jimny, a Ford Ranger, and a 1965 Massey-Ferguson tractor. That’s a fun trio.

The Suzuki is no powerhouse, but it doesn’t need to be in this contest. The boxy, bite-sized SUV packs a 1.5-liter four-cylinder engine producing 101 horsepower (75 kilowatts) and 95 pound-feet (130 Newton-meters) of torque. It has four-wheel drive and a low-range mode but no locking differentials. It tips the scales at 2,425 pounds (1,100 kilograms).

The tractor uses a 2.5-liter Perkins three-cylinder that makes 45 hp (34 kW), and it powers just the rear wheels. The tractor is heavier than the Jimny at 3,306 lbs (1,500 kilograms). The heavier vehicle often has the advantage in these competitions, though the Jimny is powering all four wheels compared to the tractor’s two.

Those extra wheels aren’t enough for the Suzuki to overcome the laws of physics. The first bout saw the Suzuki stall, giving the tractor its first victory. The second tug-of-war doesn’t have the SUV stalling a second time, but it can’t overcome the heavier tractor, losing the second round. The tractor’s knobby tread likely helped it find traction on the wet and muddy ground.

The video then pits the Ford Ranger against the tractor, with the truck using a 2.0-liter diesel, four-wheel drive, and a locking rear differential in the competition. The engine makes 170 hp (126 kW) and 309 lb-ft (420 Nm) of torque, and the truck weighs more than the tractor. The first round is a bust, with the Ranger stalling, but the Ranger has no trouble pulling the tractor in a rematch.

The final competition put the tractor and the Jimny against the Ranger. While the Ranger has more power than the other two combined, it wasn’t enough for another victory, with the Suzuki and tractor easily pulling the Ranger. The Ford weighs 4,448 lbs (2,018 kg). This competition shows that weight still matters in a tug-of-war.