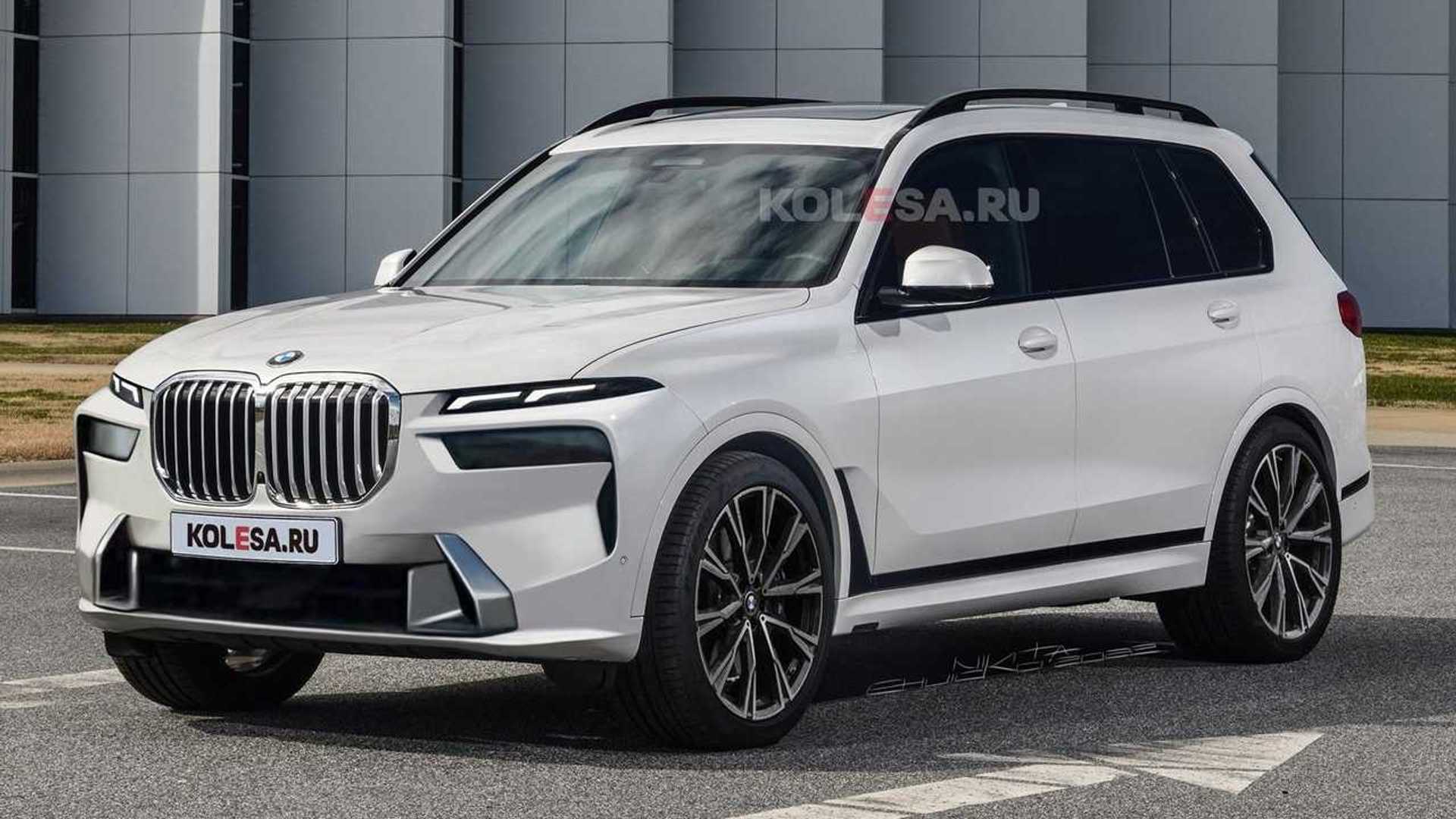 We’re used to automakers making only small changes with a model’s mid-cycle facelift, but that’s not going to be the case with the X7. Why? Because spy shots have revealed the fullsize SUV will adopt an unconventional split headlight design. The new look was confirmed last week in a leaked official image, which has now been put to good use for a speculative rendering of Bavaria’s luxobarge.

As we’ve seen before on other models, the 2023 BMW X7 will separate the daytime running lights from the main low/high beams. Those upper LEDs shaped like an “L” will serve as the daytime running lights and will sit above the actual headlights. The Concept XM plug-in hybrid SUV had a similar setup, which is set to make its debut on a production car on April 20. That is when the next-gen 7 Series / i7 will be officially revealed.

The Life Cycle Impulse (LCI) as BMW refers to its facelifts is going to bring another major change. We’re talking about the interior where the Mercedes GLS rival will switch to the iDrive 8. Speaking of which, the X7 is adopting the side-by-side screen setup already implemented in the luxury SUV carrying the three-pointed star.

An X7 M is still unlikely to happen, but Alpina has already been spotted testing an updated version of its XB7. Both versions of the premium behemoth should break cover sometime this fall for the 2023 model year. It’s worth noting the X7 will lose its flagship SUV status to the production-ready XM coming before the end of the year. The two models are going to be assembled under the same roof, at the Spartanburg factory in South Carolina.

BMW has said the 7 Series G70 will usher in a new family of gasoline and diesel engines, but it’s unclear whether these are heading to the sedan’s SUV equivalent. The German marque has been tight-lipped about the powertrains, only saying they’ll be more frugal since these have been engineered to meet Euro 7 regulations.