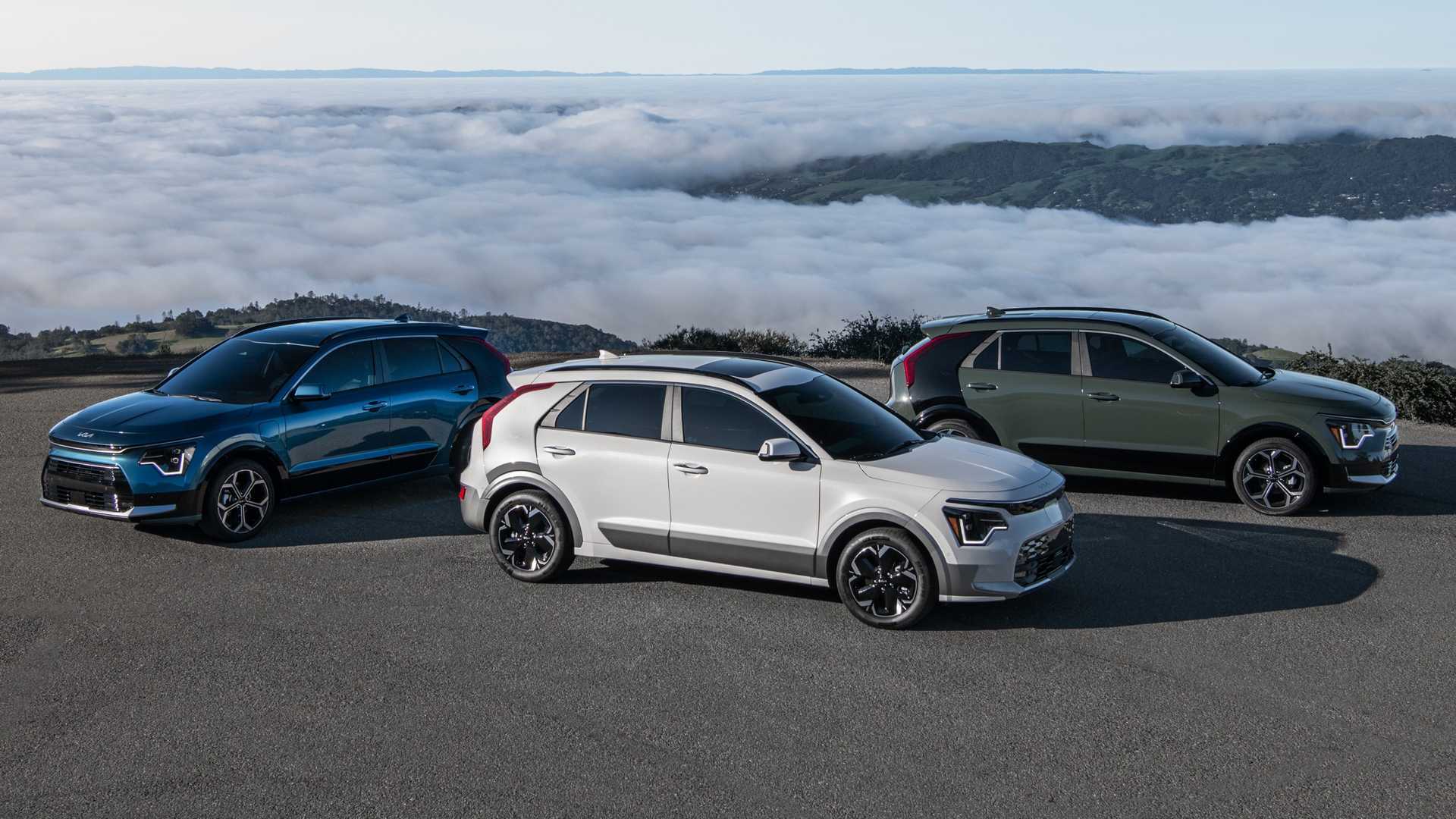 The new 2023 Kia Niro is a huge design departure from the outgoing model. It’s different inside and out, but the boldly styled crossover can’t escape Kia’s eclectic debut schedule. The company launched the global version late last year, but we will see the US model make its debut at this year’s New York Auto Show on April 13.

Kia didn’t say how the US Niro would differ from the global version, but we bet there will be minor tweaks. The new Niro takes inspiration from the company’s wild HabaNiro concept, borrowing the concept’s bold, contrasting rear pillar and long taillights. The crossover tones down the front-end styling, though the crossover does receive unique cladding along the front sides that doesn’t extend entirely around the vehicle.

The new Niro will arrive with three powertrain configurations – a hybrid, plug-in hybrid, and battery-electric. When Kia first launched the global model, it didn’t release any powertrain figures. Those came later, and this is where the US version might differ.

The all-electric Niro EV packs the most punch with 201 hp (149 kW) and 188 pound-feet (255 Newton-meters) of torque on tap. The powertrain can launch the car to 62 miles per hour (100 kilometers per hour) in 7.8 seconds. Power comes from a 64.8-kilowatt-hour lithium-ion polymer battery pack. A full charge can send the EV 287 miles (463 kilometers) on the WLTP cycle. Don’t expect that rating in the US.

We don’t expect the new Niro’s interior to change much for the US market, which got a major revamp over the previous-generation model. It features Kia’s side-by-side screens on the dash and various buttons for the vehicle’s most-used functions.

We’ll get all the details in a few weeks once Kia pulls the covers off it in New York. Kia will reveal all three variants at the show, which could go on sale before the end of the year. We expect the new Niro to arrive as a 2023 model in the US.