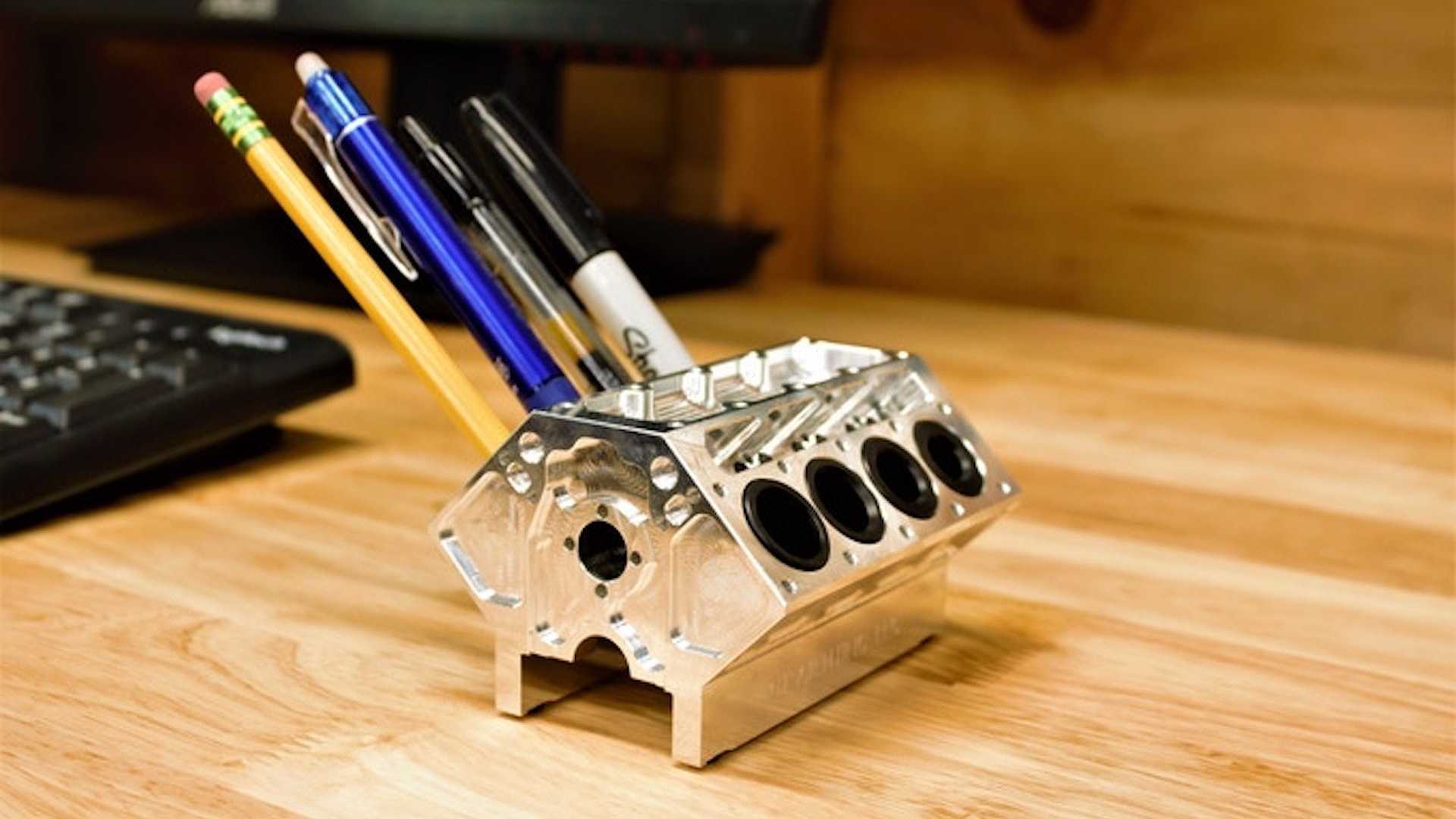 If you’re a car nut, you’d probably appreciate the design of V8 engine blocks. Their relatively compact nature makes them among the most versatile engine designs out there, making them a perfect candidate for various uses – even for a pen holder.

That latter idea was from Grant Takara, who launched a Kickstarter campaign for a CNC-machined V8 aluminum engine block pen holder that could fit your desk.

Loosely based on the Chevrolet LS3 engine block, Takara uses a 5-axis machining tool for the aluminum eight-holed pen holder. It measures 3.7 inches (93 millimeters) long, 3.1 in (80mm wide), and 2.3 in (59mm) tall. For reference, it can fit Takara’s palm based on the photos.

Takara offers Acetal liners for the cylinders in three varying diameters to accommodate various pen sizes. There are four rubber feet that can be attached underneath the aluminum block to protect the desk and the pen holder itself.

There are two finishes for the V8 engine block pen holder. One’s machine-finish, while the other’s bead blasted, which represents the texture of a real V8 engine block usually seen on muscle cars.

Takara, a mechanical engineer who has been CNC machining since 2012, needed $5,000 worth of pledges to get the project started.

As of this writing, $29,180 has been pledged for the cool idea, with only a few hours left before the deadline. This means it’s set to happen soon. If you’re interested, don’t hesitate to visit the Kickstarter page via the source link below.

Based on the Kickstarter page, deliveries are set to begin as early as May 2022. Backers are to receive the engine block pen holder and eight Acetal liners of their choice. Shipping is free within the US, though international delivery is possible so long as taxes are handled by the buyer.