Chevy Shows Off Fleet Of Camaro Convertibles For 2022 Indy 500 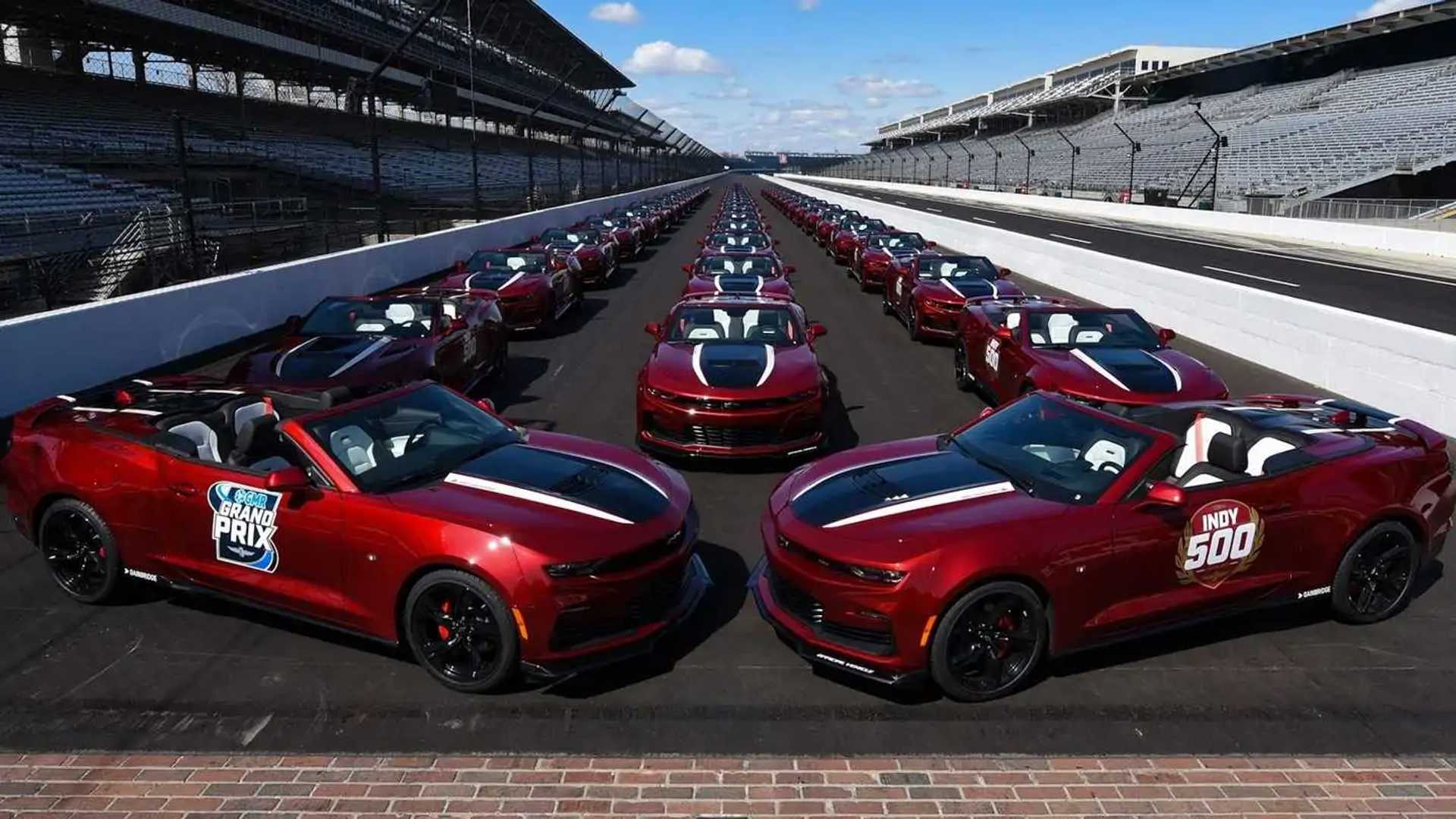 The 106th Indy 500 is underway as we officially enter the final months before hitting the green light. The Indianapolis Motor Speedway celebrates the occasion by unveiling a fleet of Chevrolet Camaro Festival Event Cars, which will be used to promote the start of the Great American Race.

Team Chevy promoted these cars on its social media channels, along with the following caption:

The “Festival Event Cars” have reminded Indianapolis-area residents of the upcoming Indianapolis 500 since the 1960s, and this year’s fleet of unique Chevrolet Camaro models again will turn heads as they are driven around Central Indiana.

The sports coupe used here is the Chevy Camaro Convertible SS in Wild Cherry Tintcoat exterior and Ceramic White interior. They all feature special decals to promote the 106th Running of the Indy 500. Each of these cars carries a unique GM option code and was designed by Chevrolet Performance Design Studio in Michigan.

It has been a customary tradition to use Festival Event Cars to promote the Indy 500. These cars will be used by Indiana dignitaries and corporate leaders, driving them around the city in April and May until race day. The 106th Indy 500 is set to begin on May 29, 2022.

The Chevy Camaro isn’t a stranger to the Indy 500. Since the ’60s, the sports coupe was the motorsport event’s pace car nine times; the latest of which was in 2016. This could also serve as a proper sendoff to the nameplate as it faces the ax.

However, a wild rumor has been around saying that the Camaro will stick around after the current full ICE model but as an electric four-door sedan. The Camaro replacement will allegedly arrive when the current model ends production in 2024. Take this report with a grain of salt, though.