Fire in Saudi city ahead of F1 race; Yemen rebels 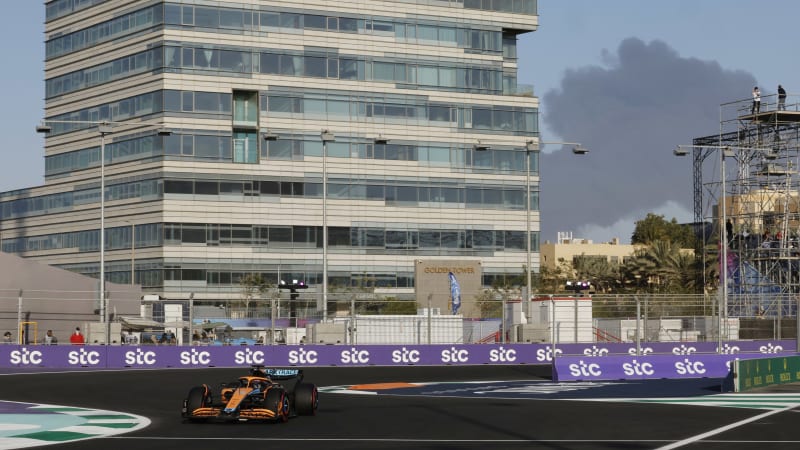 A raving fire appeared Friday at an oil depot in the Saudi city of Jeddah ahead of an F1 race there, according to witnesses and video footage, with Yemen’s Houthis rebels acknowledging they had actually launched a series of attacks on the kingdom.

While Saudi Arabia and its state-run oil leviathan Saudi Aramco did not right away acknowledge the blaze, it seemed fixated the same fuel depot that the Houthis attacked in recent days.

Those at the F1 track could see the big black smoke cloud in the range. The cause of the blaze was not immediately understood.

However, the al-Masirah satellite news channel run by Yemen’s Houthi rebels stated more information would be launched later about their attacks. The Iran-backed Houthis did not right away claim they were behind the Jiddah fire on Friday.

Charles Leclerc published the fastest time ahead of world champ Max Verstappen in the first practice session for the Saudi Arabian Grand Prix on Friday.

The Ferrari driver transferred to the top near the end and was.116 seconds faster than Verstappen for Red Bull.

However Mercedes had a hard time once again with the weight of its vehicle. Seven-time Lewis Hamilton was ninth quickest and Mercedes teammate George Russell was 15th.

Haas driver Kevin Magnussen came back to the garage after only a few minutes due to the fact that of a hydraulic problem and did not return out on track.

The session was quickly disrupted by a warning after about 20 minutes when McLaren driver Lando Norris clipped the wall heading into Turn 1 and a board fell onto the track.

A second session will occur later on Friday under floodlights.

Leclerc won last Sunday’s season-opening race in Bahrain, where Verstappen scored no points after retiring near completion of that race.