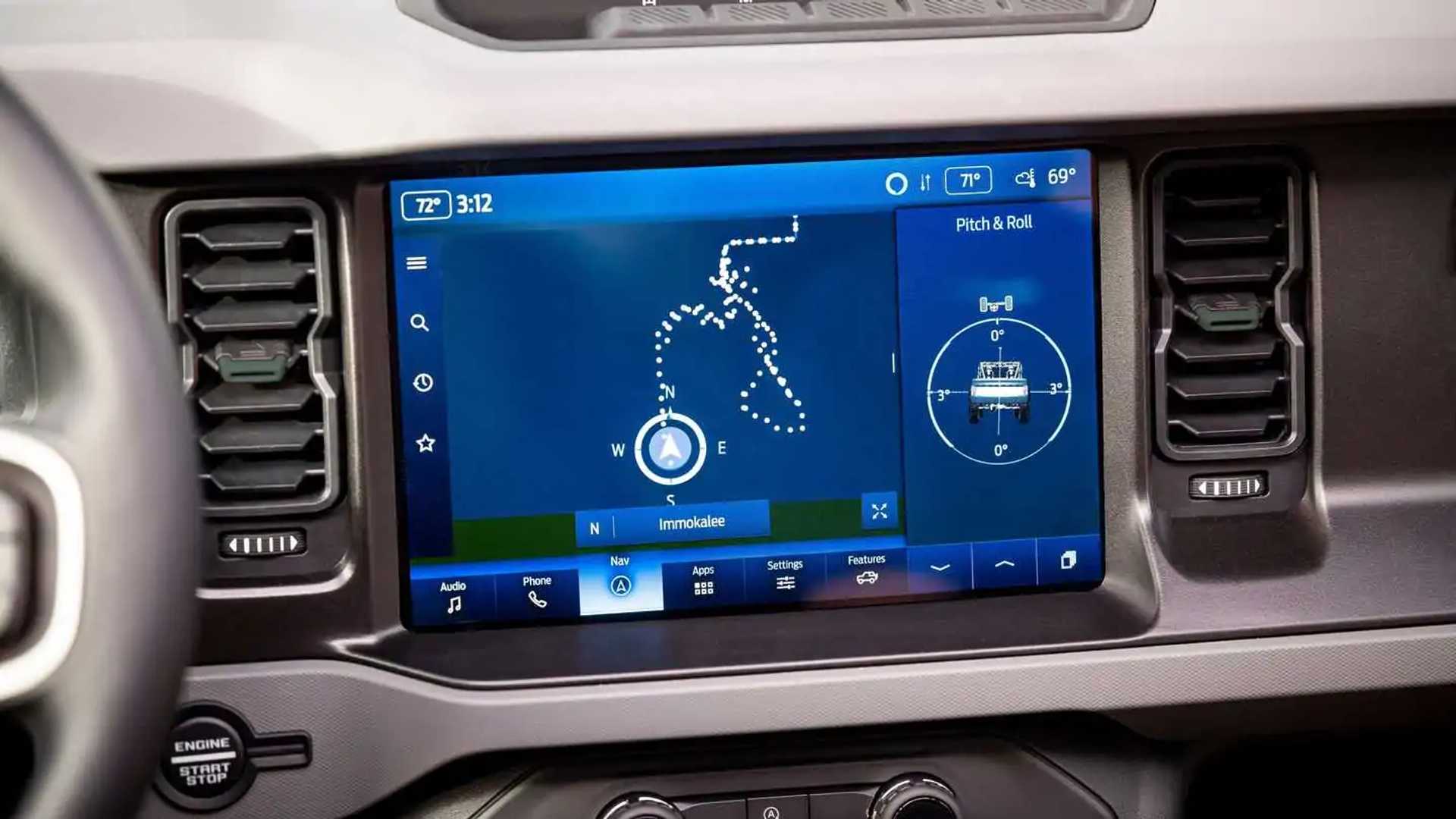 The global semiconductor shortage shows no signs of slowing down. As such, automakers continue to make adjustments in the hopes of keeping production lines up and running. At Ford, that could mean no more factory-installed navigation systems in the Bronco starting in May.

The rumor surfaced at Ford Authority, citing anonymous sources claiming the feature will be removed starting with Job 2 production on May 2. Motor1.com reached out to Ford for additional information; a spokesperson said that 2022 Broncos continue to be built with navigation, and that the company is considering “many options to help get vehicles to our customers sooner during this global shortage of semiconductor chips.” Ford offered no direct response to navigation being dropped from the Bronco next month.

Ford offers factory-installed navigation on all Broncos except the entry-level Base trim. Per the rumor, Ford is allegedly creating a navigation removal order code as opposed to simply dropping it as an option. This suggests navigation will return, though there’s no word if it will come back for 2022 model-year production or whether it will stretch into 2023. It’s also not clear if navigation can be added later once the necessary components are available.

Bronco demand remains strong. 2022 orders banks were closed in early March as the roster was already full for the model year. Keeping the Bronco going isn’t the only struggle at Ford; rear-seat climate controls from the Ford Explorer were recently cut in favor of continued production. Despite all the best efforts, other models such as the F-150 and Mustang have experienced periodic production halts in recent months.

Supply chain woes certainly aren’t limited to Ford, either. General Motors cut notable features from several brands and models, including Super Cruise and Park Assist from select Cadillac vehicles. Late last year, the Chevrolet Silverado and GMC Sierra lost heated seats and steering wheels, though the features can be added back at a later date. Beyond that, nearly every automotive brand has reported temporary production shutdowns in just the last few months.

It’s all reflected in first-quarter 2022 sales that show most automakers down double-digit percentages compared to 2021.