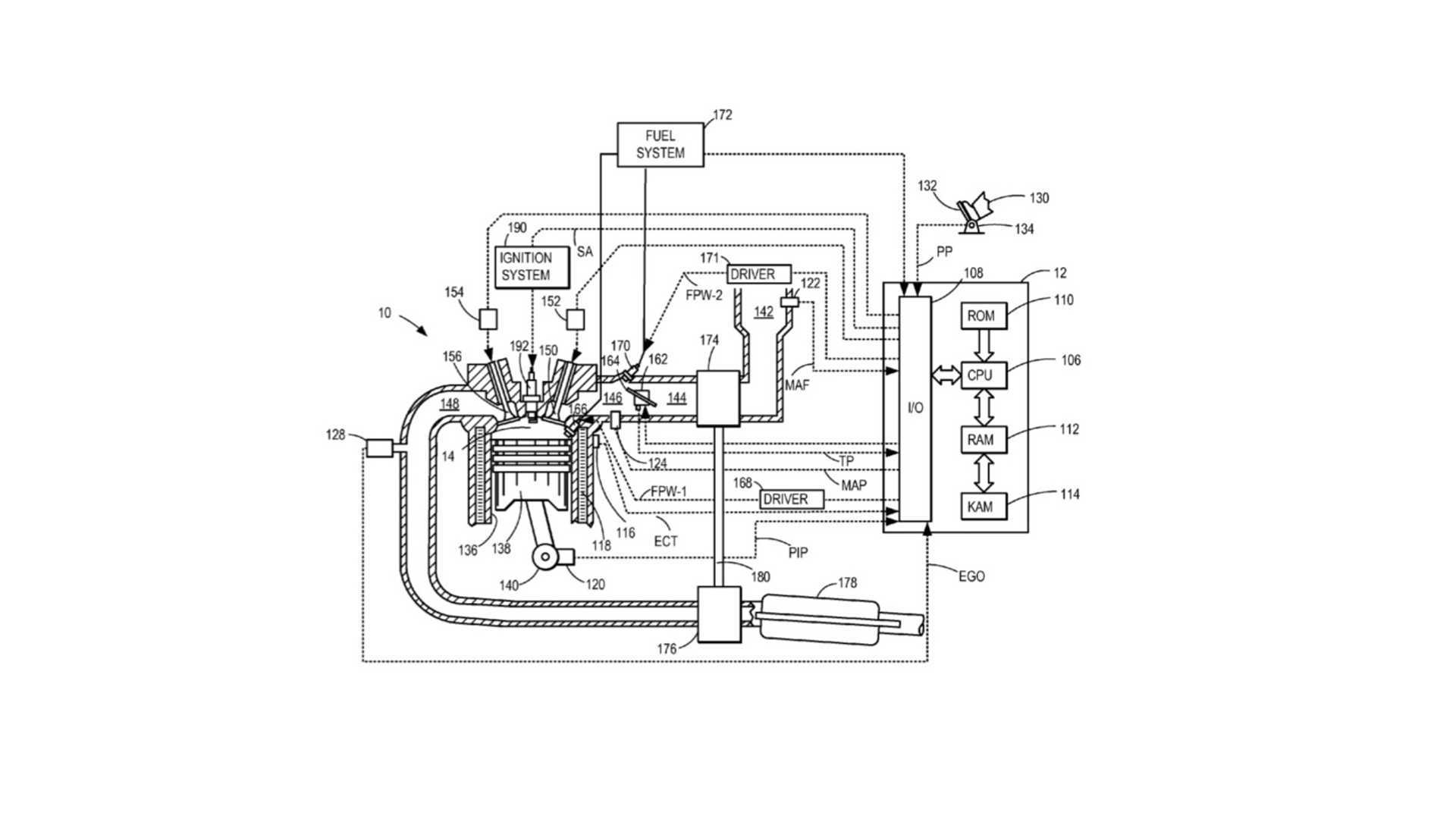 Earlier this month, Ford announced it is splitting its business into two separate divisions. Model E will be responsible for the all-electric vehicles in the future and there are a number of brand new EVs currently under development. In turn, the Blue division will work on combustion models and it seems that it could be working on a very interesting project, judging by a recent patent.

Muscle Cars and Trucks has discovered a patent filed from Ford with the U.S Patent and Trademark Office for a combustion engine running on hydrogen. A typical hydrogen-powered vehicle uses a propulsion system similar to that of an electric vehicle, where energy stored as hydrogen is converted to electricity by the fuel cell. However, Ford’s new patent is for a turbocharged combustion engine running on hydrogen.

MCT reports that, at least on paper, the company’s engine should be capable of operating across a wide range of air/fuel lambda values. Just like in a standard modern internal combustion engine, exhaust gas recirculation (EGR) and valve timing would be used to control the combustion process. According to the available information, the engine would be capable of lambda values in excess of 2.00, which would mean an air/fuel mix of at least 68 parts air to 1 part hydrogen. For comparison, a gasoline engine can vary between 0.54 lambda and 1.25 lambda.

The patent also includes direct injection for delivering hydrogen to the cylinders and, theoretically, supplying hydrogen through direct injection could produce up to 15 percent more power than an equivalent gasoline engine. In Ford’s patent, the hydrogen combustion engine is also seen as a part of a hybrid powertrain with a motor-generator positioned between the engine and the transmission. It’s important to note, however, that the Blue oval’s patent only covers the method of combusting and controlling hydrogen mixtures, not the entire engine.

Bear in mind that not every patent from an automaker is for something that will eventually reach production. Some of Ford’s recent patents include a technology that allows you to drive a car with your brain, a deployable drone patent, and others.