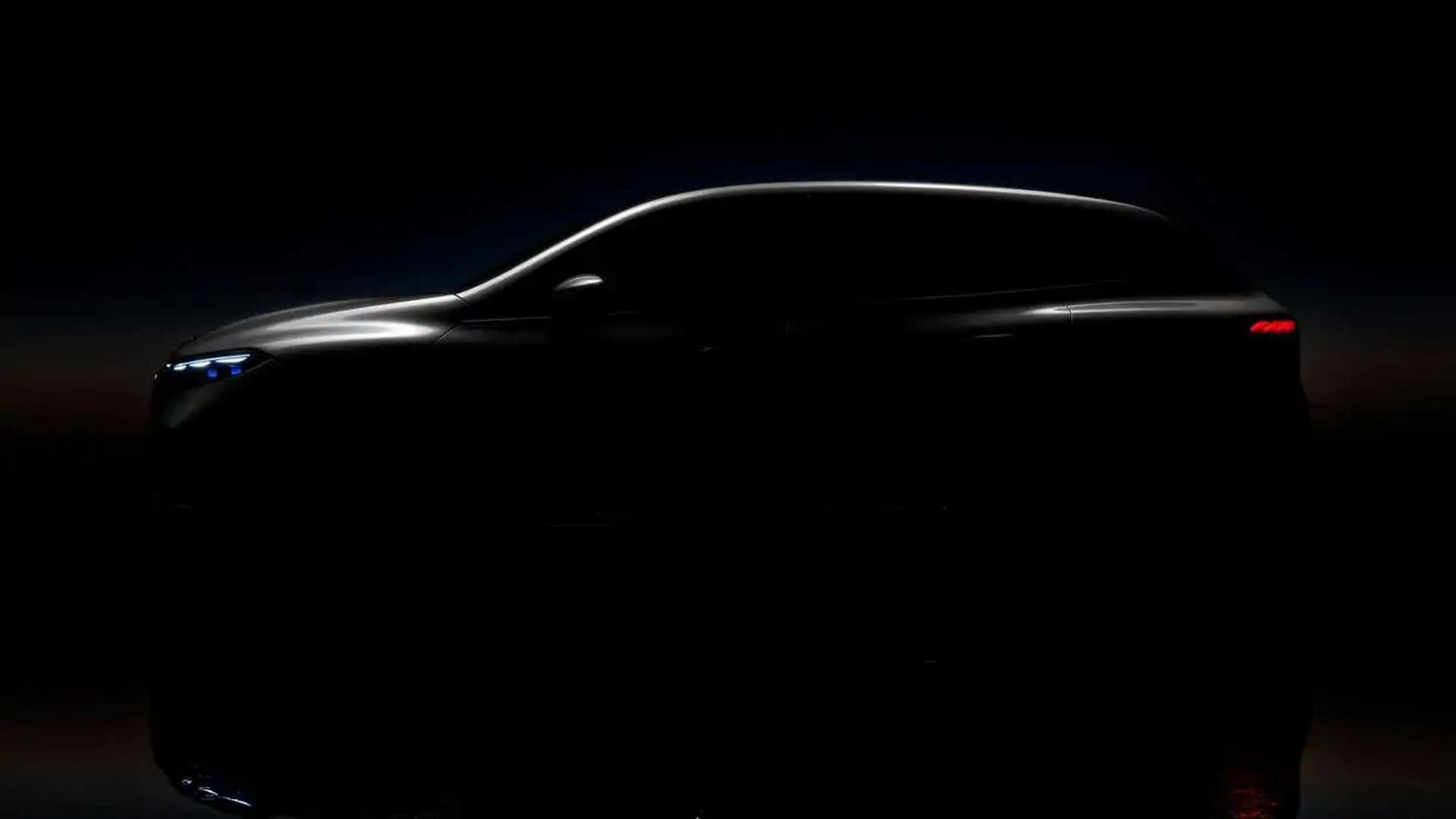 It almost feels like the Mercedes-Benz EQS SUV has been around for years with all the spy photos and reports of the electric SUV. However, it hasn’t been revealed yet and the German automaker is preparing to launch its zero-emissions flagship SUV later this month. The first teaser image with the EQS SUV is here, bringing the announcement for a world debut on April 19.

The electric SUV will be the third model of the brand to be based on its new modular platform for electric vehicles. Think of the EQS SUV – as its name implies – as a utility version of the EQS sedan with the same design language, but a more spacious cabin and higher ground clearance. The interior, Mercedes promises, will blend “intuitive digital controls” and “innovative trim elements,” creating “an avant-garde ambience.” Seven seats will be available as an option.

This new teaser image doesn’t reveal much from a design perspective though we know the production model will likely borrow many design elements from the Mercedes-Maybach EQS SUV concept. Obviously, the road-going model will be less sophisticated in terms of its overall appearance. Or, put simply, don’t expect such giant chrome wheels and highly ornamented chrome grille on the front fascia.

The EQS SUV will be the fourth electric crossover from Mercedes, joining the already available EQA, EQB, and EQC. The flagship SUV from Stuttgart without a tailpipe will be assembled at the Tuscaloosa plant in the United States together with the smaller EQE SUV, also currently under development. Fans of the ultra-luxury Maybach brand will also be happy to learn it will get its own version of the EQS SUV with a posher cabin and design with more influences from the Maybach EQS SUV concept.

In terms of technical specifications, Mercedes is not ready to provide details regarding the EQS SUV’s powertrain. It will obviously be fully electric and the only piece of information currently confirmed is that it will be capable of up to 373 miles (600 kilometers) on a single range, depending on the configuration and driving manners. An intelligent off-road driving mode will be added to “ensure a wide range of possible uses.”