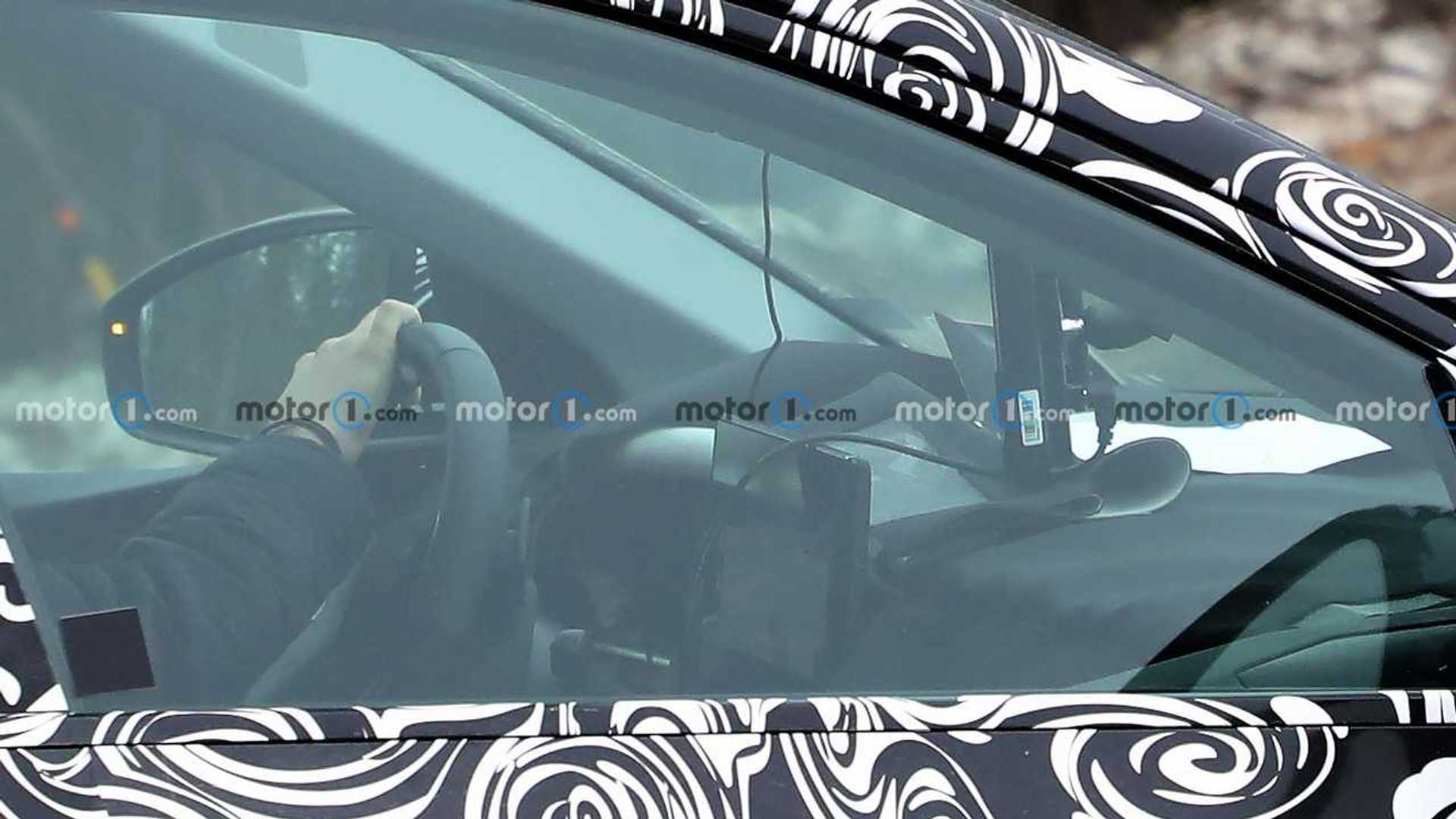 Audi should reveal its new Q6 E-Tron all-electric crossover by the end of the year. However, before it reaches the debut stage, Audi has to complete the development process, which a new batch of spy shots show is ongoing.

The new photos capture the crossover wearing a tight camouflage wrap, but Audi is starting to peel it away, revealing more and more of its design. We can’t see any sheetmetal like those previous spy shots, but the crossover’s closed-off grille, split-headlight design, and wide lower front bumper opening are clearly visible. Audi continues to hide the rear, though it should feature a full-width taillight, and the model should likely spawn a sleek Sportback variant.

One new thing that the photos do show off is the crossover’s interior. However, they don’t reveal much of it. Audi’s new E-Tron GT and Q4 E-Tron feature in-dash infotainment screens, though these new Q6 spy shots show the crossover with a screen sticking out from the dashboard. The screen looks a tad funky, with thick bezels that might indicate that this is not the crossover’s production interior. It looks like a digital instrument cluster sits behind the steering wheel, too.

When the new all-electric Audi arrives, it could deliver as much as 600 horsepower (447 kilowatts) in its high-performance RS trim, which will offer all-wheel drive and a dual-motor setup. However, don’t fret if you want less power, as Audi will provide the new crossover with a variety of single- and dual-motor configurations with various outputs and ranges. High-performance models take a hit with range to offer more power.

It will sit above the Q4 E-Tron in Audi’s lineup while making space below the E-Tron, which is undergoing a mid-cycle refresh that could see Audi change its name to the Q8 E-Tron. Audi has already confirmed that the E-Tron’s successor will get the new moniker, and the company could change it before then.

While the RS trim will garner the most excitement from enthusiasts, it won’t arrive anytime soon. We expect Audi to launch the regular Q6 E-Tron first, possibly breaking cover before the end of the year, with the high-performance RS variant likely debuting in 2023.