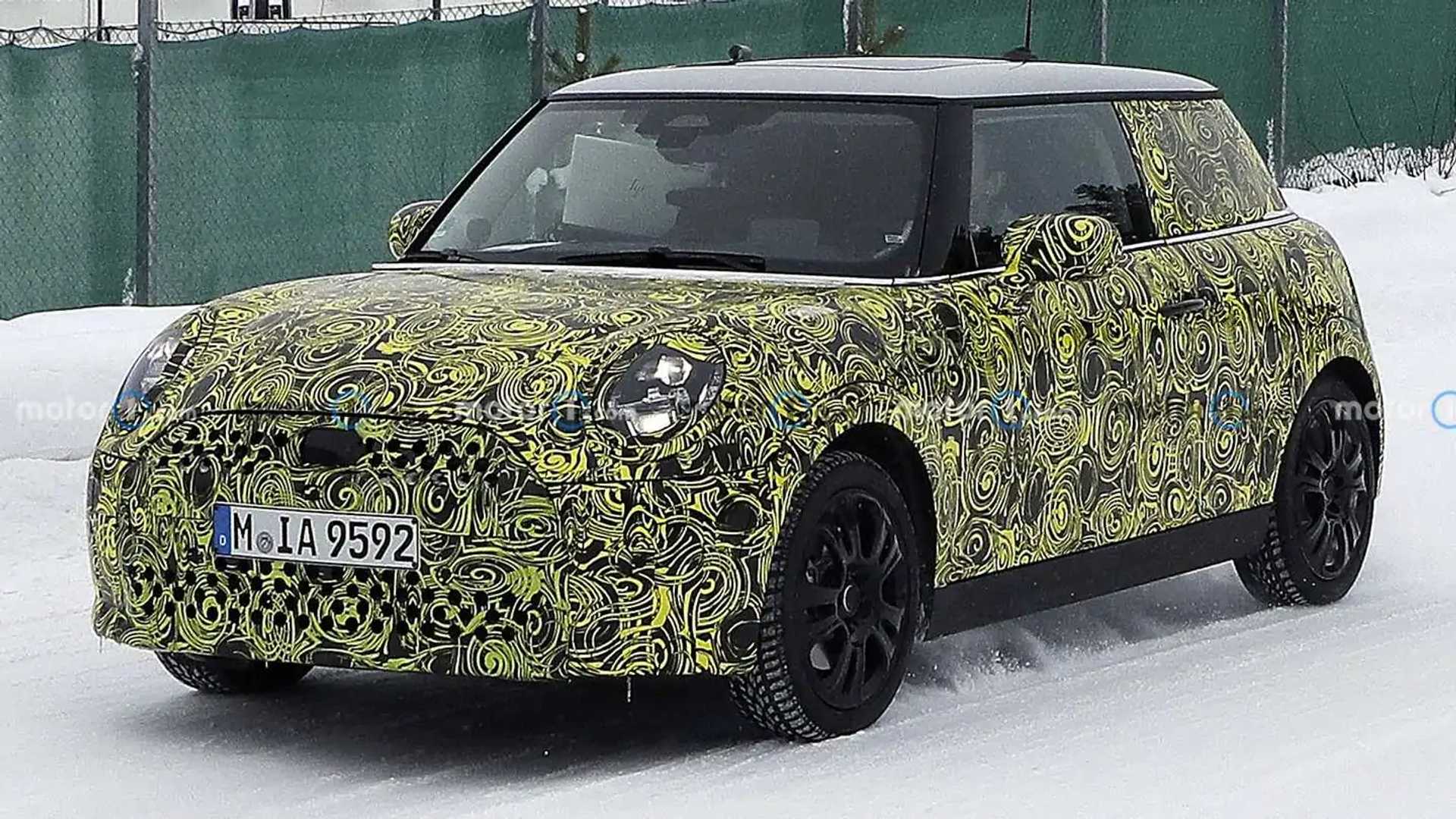 Mini has big plans to become an all-electric brand by the 2030. However, the journey there will require a bit of finesse as the company preps the next-generation Mini Hatch three-door. It’s actually preparing to launch two new Minis – one gas and one all-electric. New spy shots show that development continues on the gas-powered model as Mini prepares to launch the new Mini Cooper SE.

The new photos show the hatch covered in yellow-and-black camouflage, though the coverings cannot hide the familiar design underneath. The new Mini will keep much of the current car’s iconic styling. It’s the EV that will get the design overhaul. The new gas-powered version will keep the current model’s round headlights, the squared-off rear end, and boxy taillights.

The new Mini will ride on a heavily modified version of the car’s current UKL1 platform, which evolved into UKL2 that underpins several BMW and Mini models like the 1 Series and Countryman. The new Mini Hardtop will have a wider track, a stretched wheelbase, and larger wheels tucked under the fenders. It’ll also arrive with a next-generation traction control system.

We don’t know what kind of powertrains the next-gen Mini three-door will offer, but rumors point to the current crop of engines carrying over. That means the hatch will offer a selection of turbocharged three- and four-cylinder engines, though Mini could tweak them to meet the latest emissions regulations.

The Mini EV won’t worry about those too much when it debuts. The car will allegedly offer the Mini Cooper SE EV in two flavors. An entry-level model will back a 40-kilowatt-hour battery offering a range of about 185 miles (297 kilometers). There will be a more powerful variant with a 50-kWh battery pack, 250 miles (402 km) of range, and more than 200 (horsepower (147 kilowatts).

The new Mini will debut before the end of the year before going on sale for the 2023 model year. The three-door version will launch first before Mini updates the rest of its lineup. The all-electric SE will follow the three-door car’s debut, followed by the John Cooper Works variants, too.