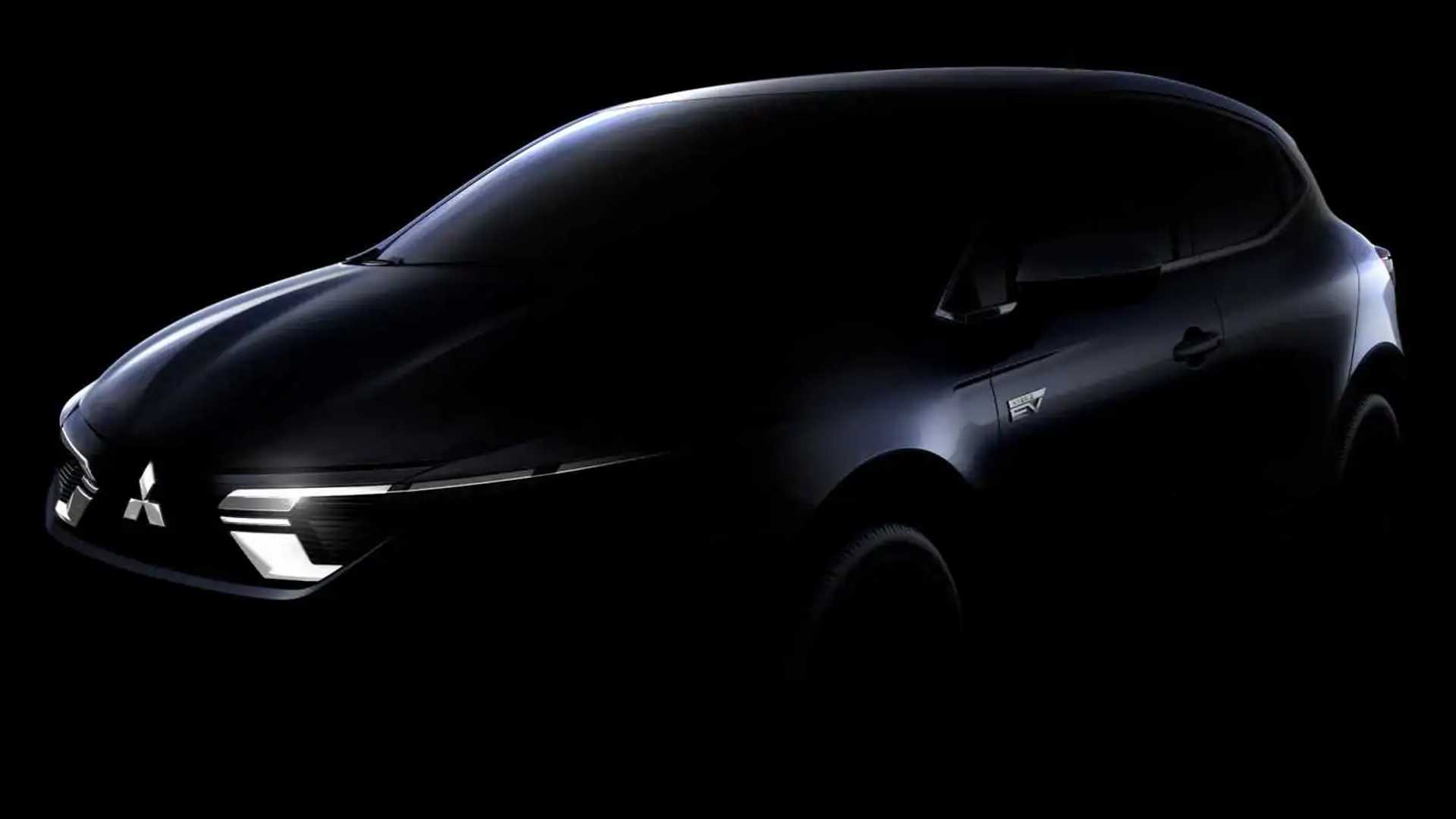 “Colt” – a name we haven’t used in a long time. In 2023, Mitsubishi will be dusting off the moniker after being dormant for nearly a decade. Indeed, the subcompact hatchback is returning to Europe just in time to celebrate the 60th anniversary of the original Colt 600 launched back in 1962. The announcement comes along with a shadowy teaser image giving us a vague idea about the car’s appearance.

Technical specifications are shrouded in mystery for the time being, but Mitsubishi does say the 2023 Colt will ride on the CMF-B platform. It means the five-door supermini will be mechanically related to the Renault Clio and Nissan Micra, and to a lesser extent, to their low-cost equivalent, the Dacia Sandero.

Much like its sisters, the all-new Colt seems to have “hidden” rear door handles mounted near the C-pillar. The “Hybrid EV” badge on the front door reveals that an electrified powertrain is planned for the B-segment hatch. It’s likely the same setup used by the Clio E-Tech Hybrid where a naturally aspirated 1.6-liter gasoline engine works with an electric motor to deliver a combined 140 horsepower. Expect a six-speed automatic transmission and a 0 to 62 mph (100 km/h) run in 9.9 seconds en route to 112 mph (180 km/h).

Essentially, the Colt will be to Mitsubishi what the Clio is to Renault. It’s the same story with the relationship between the recently teased ASX and the Captur. Both Mitsu models for Europe will not only ride on Renault platforms but will also be built by the company with the diamond logo. The small crossover will be out first early next year, with the Colt to arrive in the fall of 2023.

Since we mentioned the Micra earlier, its replacement has already been teased as a purely electric car. Renault will engineer and build this car as well, presumably as Nissan’s version of another resurrected nameplate – the Renault 5. The latter will spawn a hotter Alpine derivative, so suffice it to say, the Renault-Nissan-Mitsubishi alliance has a lot on its plate right now.